Mohamad Habehh and Other Faith Leaders: United for Mental Health 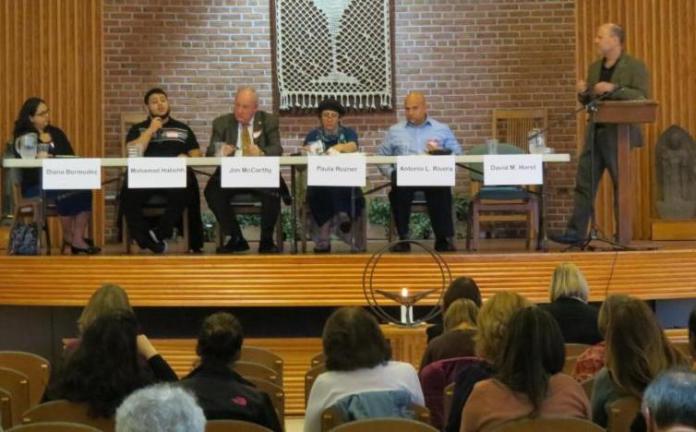 Cynthia Chazen of the Stigma Free Zone News of New Jersey reported on a recent initiative that brought together leaders from a variety of communities to discuss mental health. An event named “Interfaith Roundtable on Mental Health Awareness” was sponsored by the Pastoral Care Team, Central Unitarian Church in Paramus. Exhibitors discussed a range of topics, including similar patterns among different communities and resources that are accessible within the state of New Jersey.

Mohamad Habehh represented and provided insight on the Muslim community in New Jersey, speaking on the struggle for many youth. Bergen County’s Maureen Kerne, Director of Region V Council for Special Education, said, “The mental health of kids is presenting now as the greatest concern for New Jersey educators.” Educator Mohamad Habehh, with the other panelists, agreed that there was a rise in mental illness among youth.

Mohamad Habehh is currently the National Development Coordinator with American Muslims for Palestine, and has been featured extensively for his insight on advocacy, campaigning, community building, and solidarity movements. He spoke on the condition in the Passaic County Muslim community, describing the efforts as “knee-deep in efforts to better understand mental illness and educate.”