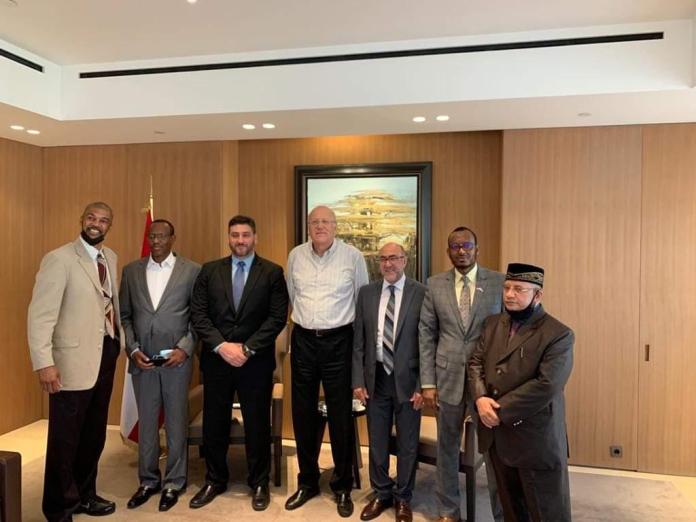 In August of 2020, a delegation from the Council of American Muslim Organizations visited the former Lebanese Prime Minister Naguib Meqati in his office. Dr. Osama Abuirshaid, the Executive Director of American Muslims for Palestine, attended as part of this delegation. He stated that the group had scheduled a number of meetings with current officials, as well as political and religious leaders.

This meeting was in response to the disastrous explosion in Beirut Harbor, that devastated parts of Beirut on the detonation of 2,750 tons of ammonium nitrate that killed at least 171 people and injured 6,000. To say there has been social unrest in Lebanon even before this explosion is an understatement – people were protesting en masse against government corruption, sectarian and militia control, high unemployment rates, and the poor, stagnant economy. In addition to this, the COVID-19 pandemic has taken a huge toll on Lebanon, and on August 11 Lebanon registered a record number of daily COVID-19 cases. Even before the blast, thought, there was a spike in infections.

This meeting was to “express solidarity with Lebanon in its distress after the explosion… improve US-Lebanese relations politically, and to coordinate the support of Arab Americans and Muslims to their Lebanese brothers.” Osama Abuirshaid is a renowned scholar within the Arab and Arab American community, and is known for his leadership on advocacy for the Palestinian cause in America. He has written for the Middle East Monitor, Electronic Intifada, the Wisconsin Muslim Journal, and the United States Institute of Peace. He also serves on the United States Council of Muslim Organizations.